It started with finding a stack of good-as-new, free low-E windows by the roadside late last winter. I turned one of them into a cold frame and sunk it into the soil at the end of my vegetable garden.

No, it started before that. When I bought a pound of red wiggler worms and set up an indoor worm bin.

Confused yet? Me too. High fives.

I’ve been raising worms in a bin indoors for a couple of years. They’re awesome. They eat my garbage. They give me good stuff. And they don’t smell or make noises, unlike grandkids.

The prize is worm castings; even cooler than compost. Every week last summer I put a handful of worm castings and 2 tablespoons of molasses into a 3 gallon bucket, aerated with an old aquarium pump, and let it brew overnight (Google ‘worm tea’). That 3 gallons of worm juice was enough to spray all the plants in my 55′ x 28′ garden. And it was the healthiest, most productive garden I’ve ever had. EVER.

So I love worms.

Now back to that cold frame. A couple of weeks ago I decided that since I already had two other nice, portable cold frames, I’d try an experiment. I turned the sunken cold frame into an outdoor worm bin with leaf mold, rotted horse manure, ground-up kitchen scraps and lots of shredded leaves for insulation. At one end I sunk a 3 gallon covered bucket filled with water. 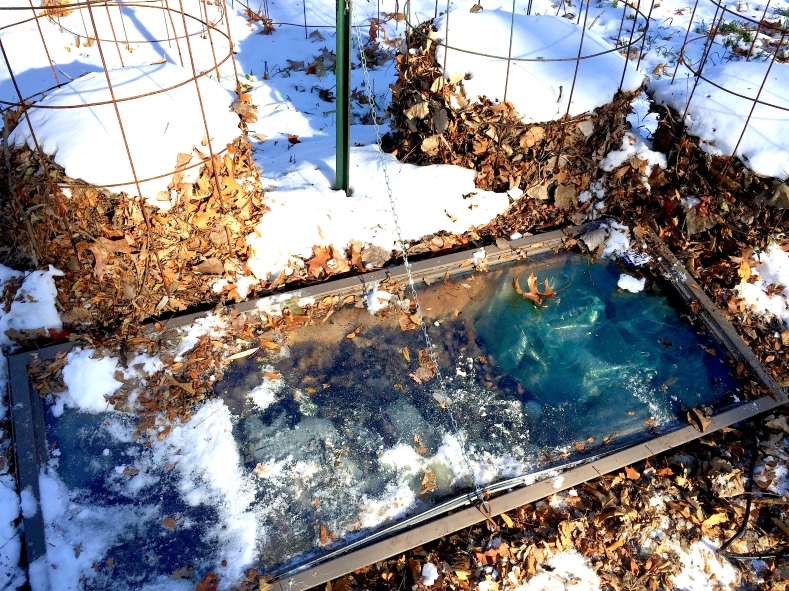 The water bucket, I figger, would make a good heat sink. Especially if it had a 25-watt aquarium heater inside. The cost to run 25 watts continuously for a month is somewhere around $3. I can handle that in the spirit of science.

Into the cold frame went a couple of dozen worms, in went cardboard, covered with a thick layer of leaves, down went the lid, and on top went four bags of leaves. 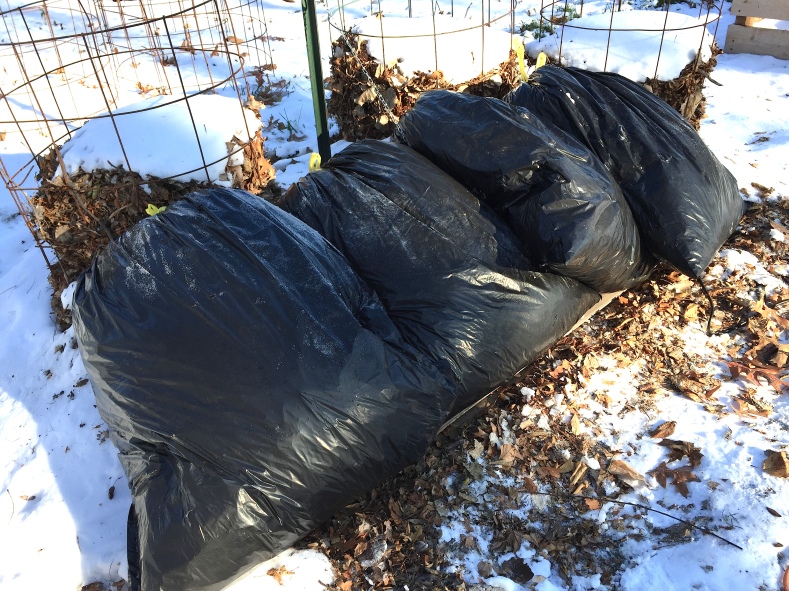 The lows here have been in the teens for more than a week. And here’s what the soil temperature read yesterday… 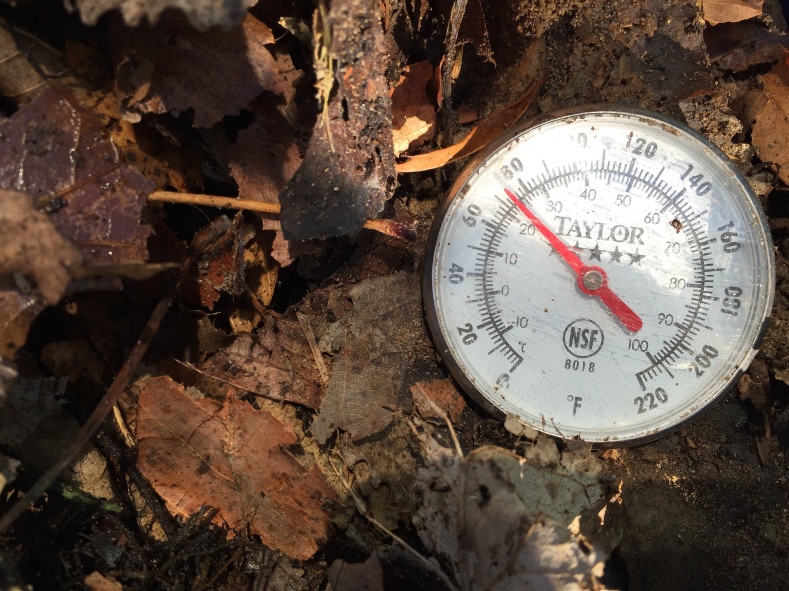 We’ll see what happens as the ground freezes around the cold frame.

11 thoughts on “red wigglers in the snow”