The last of the cauliflower came out yesterday. I think the chickens were a little intimidated by the pile of blue-green plopped in their midst. Meanwhile, with the business end of that cauliflower, my wife made an awesome cream-based soup that included carrots from the garden and ham.

This year’s harvests have been running two to three weeks behind last year’s. I’m not exactly sure why, but I suspect the cool late spring and soggy June. Luckily, sweet corn picked three weeks later than last year tastes exactly the same. 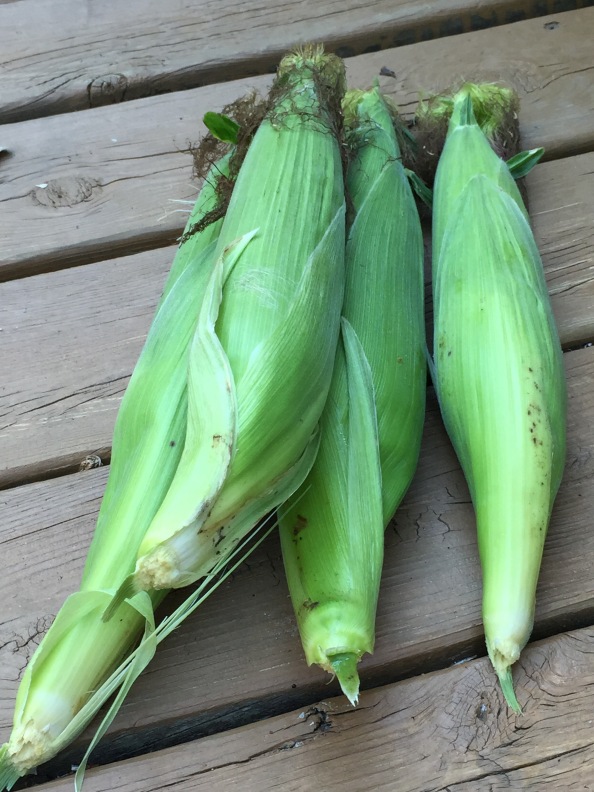 18 thoughts on “out with the cauliflower, in with the corn”