I put it off long enough. I’ve always planned to have a chicken tractor (or in my case, a chicken tiller), but being a little cheap, it was hard for me to justify spending still more money on the chickens.

Then it hit me; I’m resizing all the garden beds next year to a uniform 3′ wide. I had a 5′ wide PVC varmint guard contraption that wouldn’t jive with 3′ beds. Eureka!

The old contraption could supply almost all the PVC for a new chicken tractor, newly sized to 3′ wide. I had fencing lying around from building the coop, and a couple hundred zip ties sitting in the drawer.

After a trip for a couple extra lengths of pipe, some pipe glue and elbows, I dug in.

After cutting the PVC to new lengths and making sure everything fit, it was time to commit. Pipe glue is awesome. It bonds solid in thirty seconds and gives you a good buzz. 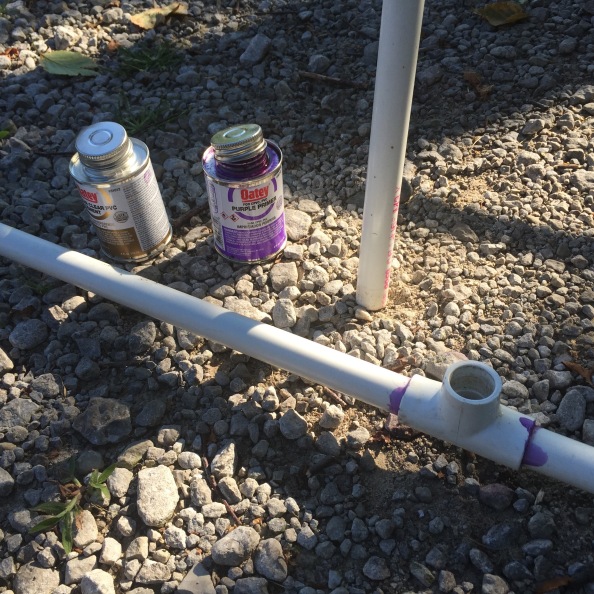 The dimensions are 2′ tall by 3′ wide intentionally, because that was the width of the extra fencing I had on hand. The tractor’s about 9′ long, and the PVC is 1/2″ diameter, making it about as light as it could be.

The only concern was whether it would hold up to dragging. 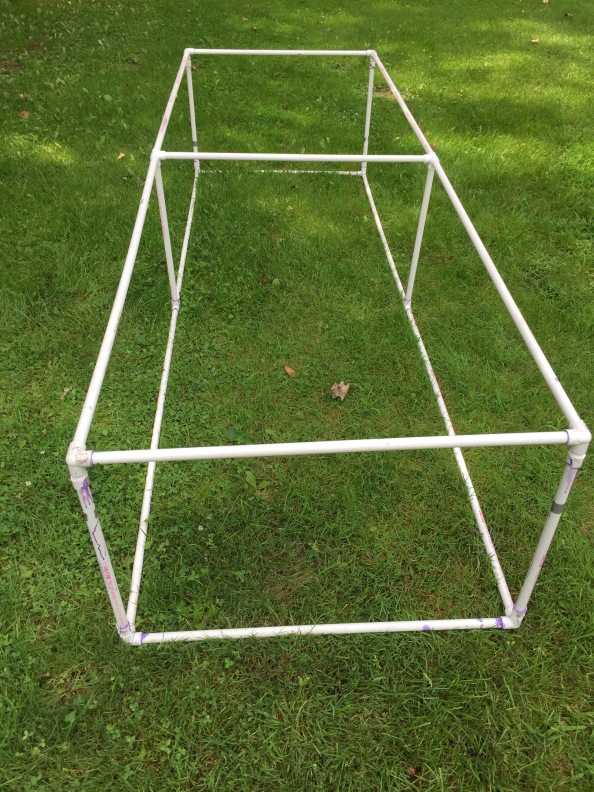 After gluing it all together and fastening the fencing with zip ties, I gave it the drag test. No problemo. 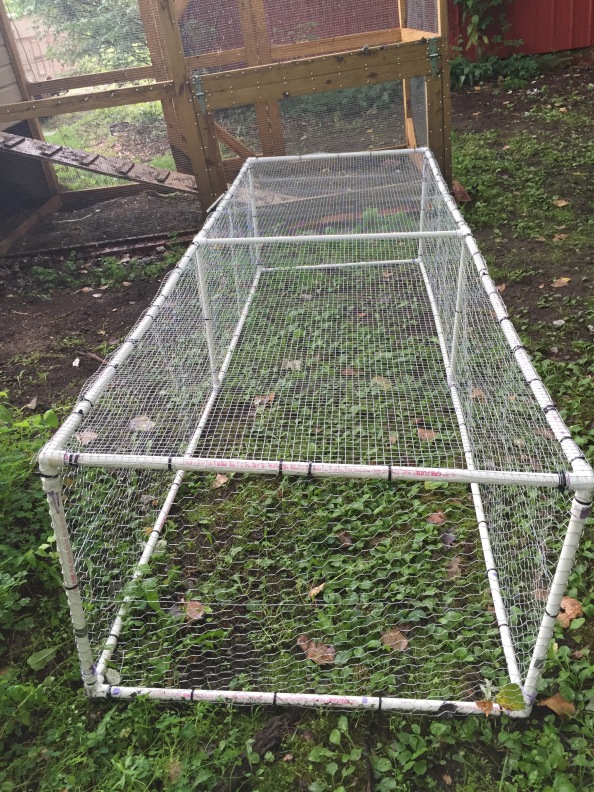 I made a door with PVC and elbows, and the hinge is just three zip ties. Strangely, it works. 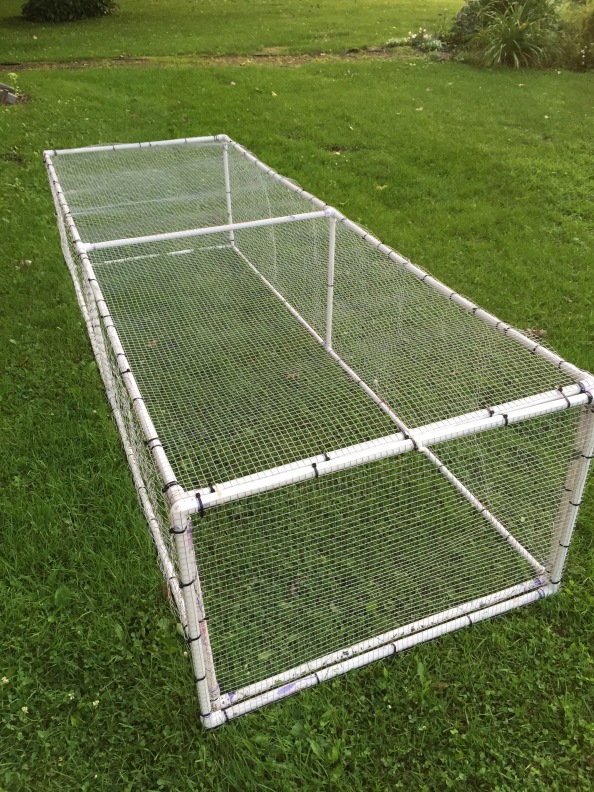 Now I just need to scrounge up a small plastic tarp for partial cover and make a waterer. I have a plan to accomplish that by converting an old plastic pitcher modified with extra poultry nipples I have from a previous waterer project.

Soon the girls will be tilling my beds. And the chicken tractor will still make an awesome varmint guard in the spring.